Another Way Home to screen at the upcoming Fingal Film Festival. 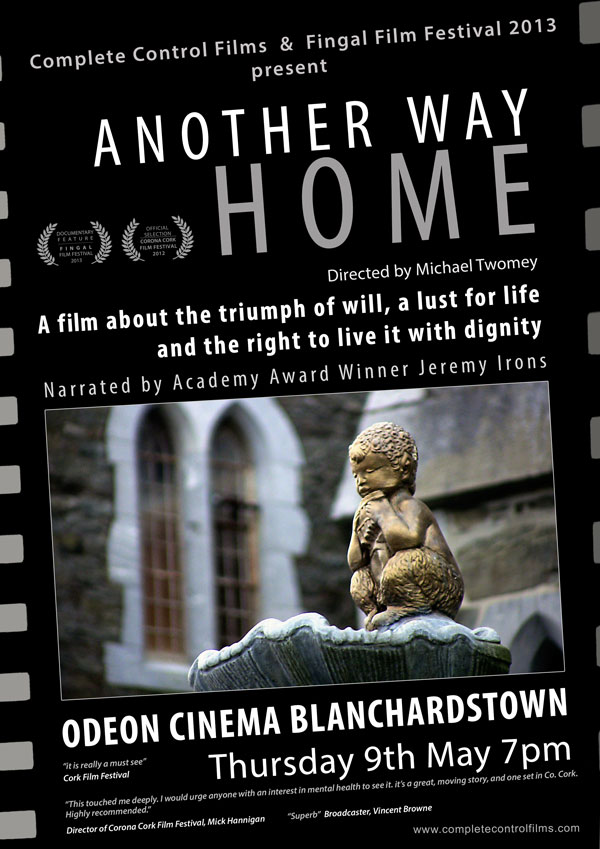 Directed by Michael Twomey – A film about the triumph of will, a lust for life and the right to live it with dignity.

Another Way Home recounts the extraordinary story of how the mother of a schizophrenic girl creates an alternative environment to the psychiatric system.

The family embarks on an emotional journey overcoming prejudice and bigotry to help change many lives damaged by the revolving door of mental health care.

The film challenges current methods of psychiatry and attitudes to mental illness. It looks to the future with inspiring testimonies from those who have been to the edge of human experience and back carrying with them the triumph of will, a lust for life and a right to live it with dignity.